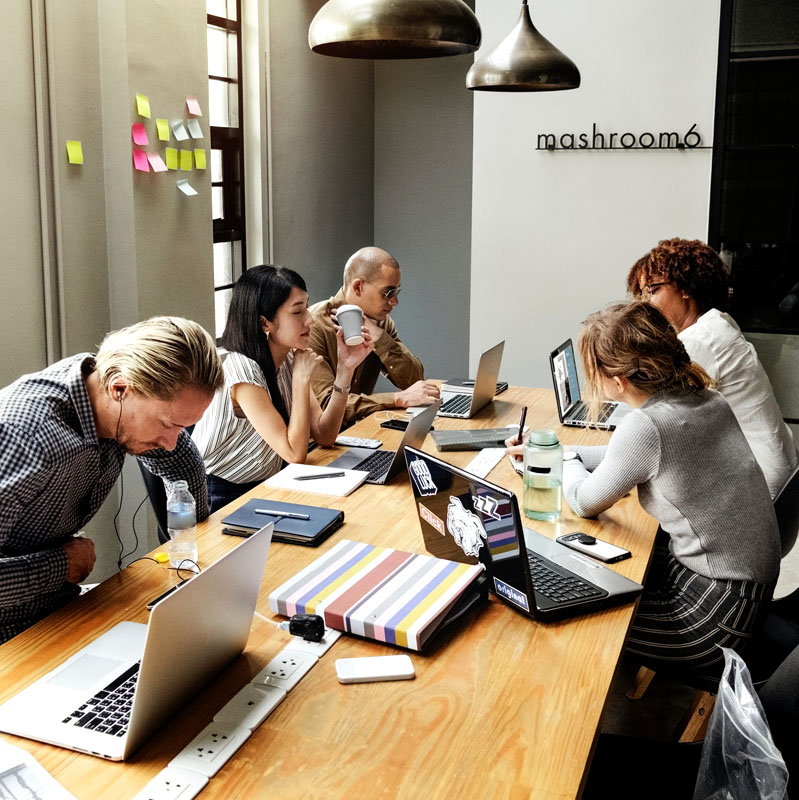 It isn’t just the days that are getting shorter. Over the autumn, there were thousands of words written in the UK media about the TUC’s call for a shift to a four-day working week. The majority of opinion seemed broadly optimistic. But what would it actually take for such a move to take root and proliferate?

It’s an important practical question in a discussion with such huge workforce implications. Ever the pragmatists, it’s the question we’ve found ourselves pondering recently. Here’s where those ponderings have led us.

To start, some background. The TUC’s proposal is based on its belief that the benefits of technology (specifically automation, AI and robotics) should be shared evenly among the workforce. In support, the BBC cites an estimated £200bn UK economic boost from these technologies in the next decade.

Distributing these benefits would effectively mean paying typical nine-to-fivers a full weekly wage for a day’s less work. It would be to reset the clock: four days (28 hours) a week is the new full-time.

The idea is widely supported by workers. In the study underpinning the TUC proposal, 81% of respondents favoured reducing the working week to four days or less. Perhaps more surprisingly, this enthusiasm extends to bosses. A survey by Crown Workplace Relocations found 40% of leaders saying they would consider introducing a shorter work week. 60% agreed cutting hours could boost productivity.

Improving productivity is core to the four-day-week argument. There is tentative evidence that people really can do at least the same amount in less time. CNBC’s pointing to a 5% productivity increase during the 1974 Three-Day Week may be stretching exceptional circumstances. However, many of the businesses experimenting with reduced work hours are reporting at worst no reduction in output. As one advocate, Chase Clemons of Basecamp, bluntly puts it:

“[A shorter working week] forces us to prioritize what we work on.”

Crucially, anecdotal productivity gains must be weighed against the other critical factor in the four-day week argument. The evidence for improved employee wellbeing is substantial. Longer hours are linked to stress, depression, anxiety and irritability, while early adopters of lower hours say their people are “happier” (Toyota), “sharper” (Basecamp), “more relaxed” (Radioactive PR) and “stimulated, committed and empowered” (Perpetual Guardian).

Together, these two factors make a compelling case. People can achieve at least as much in a 4-day week, and enjoy a better work-life balance in the process. Doesn’t that make our adherence to a 5-day week presenteeism of the worst kind? In the words of a comprehensive Equal Times article on the topic:

“The traditional 40-hour-a-week could only be a convention made valid by tradition [rather] than its efficiency.”

Which leads us to our original question. If a shorter work week can be effectively implemented and provides sound benefits to companies and workers alike, what’s holding it back?

Traditionally, we might expect employers to be the opposition. Impetus for lower working hours in the past has come from what Gregor Gall in The Guardian terms “the twin forces of compulsion (through legislative underpinning) and pressure on the shopfloor (through workplace union organisation)”.

But if the prize of a 4-day week is improved employee wellbeing with no drop-off in productivity, why should employers resist? Of course, there will be some companies that can’t rely on technology to fill the efficiency gap. But for those that can, maybe caution is all that’s holding them back.

What’s clear is that change doesn’t take place without commitment, as neatly illustrated in two contrasting quotes from senior figures in two companies which have tested out a shorter working week.

“The right attitude is a requirement to make it work – everyone has to be committed and take it seriously for us to create a viable long-term model for our business.”

Meanwhile in Sweden, this from Erik Gatenholm of 3D bio-printing company Cellink:

“When we read about the six-hour work day in the news, we all chuckled at the idea. I was not convinced it was a viable option but I was willing to give it a shot to test the waters. So, we tried it out with our production staff. In the end, we realised it wasn’t for us.”

Maybe it really wasn’t viable for Cellink. Then again, perhaps those initial chuckles were all it took for the trial to fail. Our hunch is that, if the future of work is set to be more flexible, contingent and tech-assisted, this may be the time to seriously review our pre-conceived notions of the ‘normal’ working week.