Five things recruiters can do that robots can’t 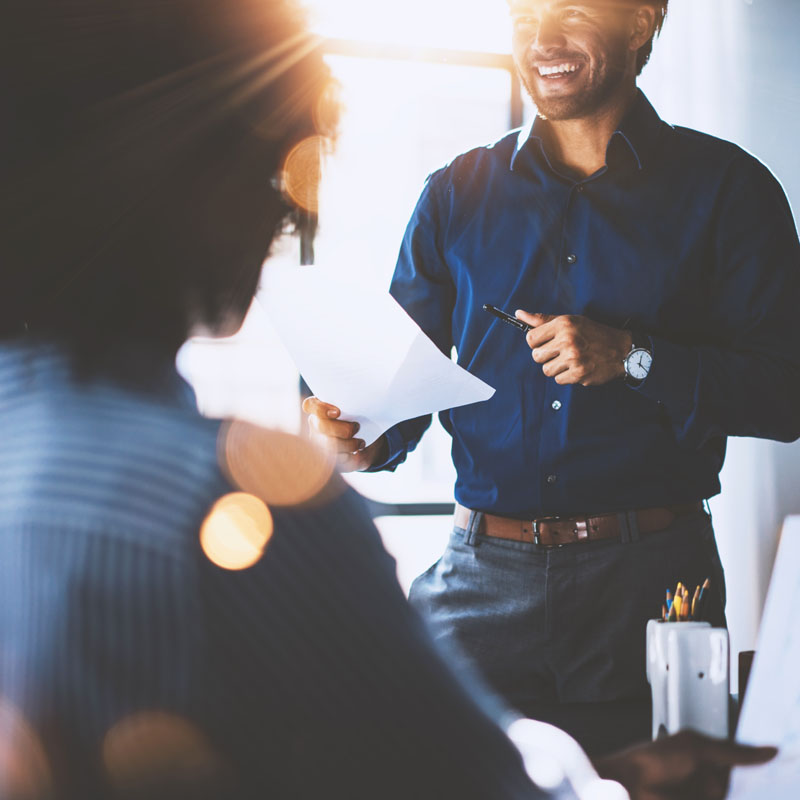 Unless you’ve been living in an underground bunker for the last couple of years, you’ll be fully aware of the looming shadow of AI over the global job market.

Few industries are being left unaffected by the rise of the robots (our recent Future of Work series outlined the likely impact on four key sectors). But how will talent acquisition fare in the automation stakes?

Broadly, the picture looks positive for recruiters. This year’s LinkedIn Global Recruiting Trends survey reports that only 14% of hiring professionals are concerned that AI will take away their jobs. But flip that statistic and you have one in seven recruiters looking over their shoulder for the steely march of the HireBot 3000.

Fortunately, there are good reasons for those nervy one-in-seven not to panic about their future prospects. Five reasons, to be precise.

This is because the LinkedIn report also contains a list of the five recruiting skills AI is least capable of replacing. With these capabilities at the heart of your hiring practice, you can work safely in the knowledge that your job will be augmented by automation, not replaced by it.

We’ve written before about the pitfalls of removing human interaction from the hiring process. At its best, ours is an innately human business, and building strong relationships with candidates is beyond the wit of AI for the foreseeable future.

Establishing trust and rapport, persuading someone to choose your offer over multiple others, knowing the right moment to attempt to convert a passive candidate. These are all ‘touch’ skills, requiring human connections, laced with nuance and gut instinct.

As a living, breathing recruiting organism (put that on your LinkedIn profile), you effortlessly and instantly bring an un-automatable degree of sophistication to candidate selection. You can literally see things that aren’t there, in the shape of raw potential.

It takes hard-won experience and often a leap of faith to look beyond credentials as a predictor of success, making potential-spotting one of the most powerful weapons in your armoury.

How do you tell which candidates belong in, or even better add to your culture? There may be a pre-screening role for AI in the process, but you can only be sure when you see them immersed in that culture, interacting naturally with their future colleagues. (This is one reason why job auditions are another prominent feature of the LinkedIn report.)

Communicating, empathising and connecting with others is among the most automation-resistant skills in the workplace. Likewise, your ability to gauge these skills, simply by chatting to candidates, is another critical – and inimitable – role you play in the assessment process.

The last step can be where you do your most valuable work. Having been alongside a successful candidate from the start of their journey, you know better than anyone what they need to hear to be convinced. You can address their concerns and head off their objections. Equally, you can bring that most persuasive of human techniques to the task… we’ve yet to hear of a robot skilled in the fine art of flattery.

All of which is a long way round of saying that your job as a recruiter is not just safe but indispensable for many years to come. Where AI does slot in, it will be to liberate you from menial and repetitive tasks, giving you more time to dedicate to the human elements that recruiters typically enjoy most.

The robots aren’t coming to replace you. They’re coming to help.