Revival and Reinvention: The Future of Work in Manufacturing 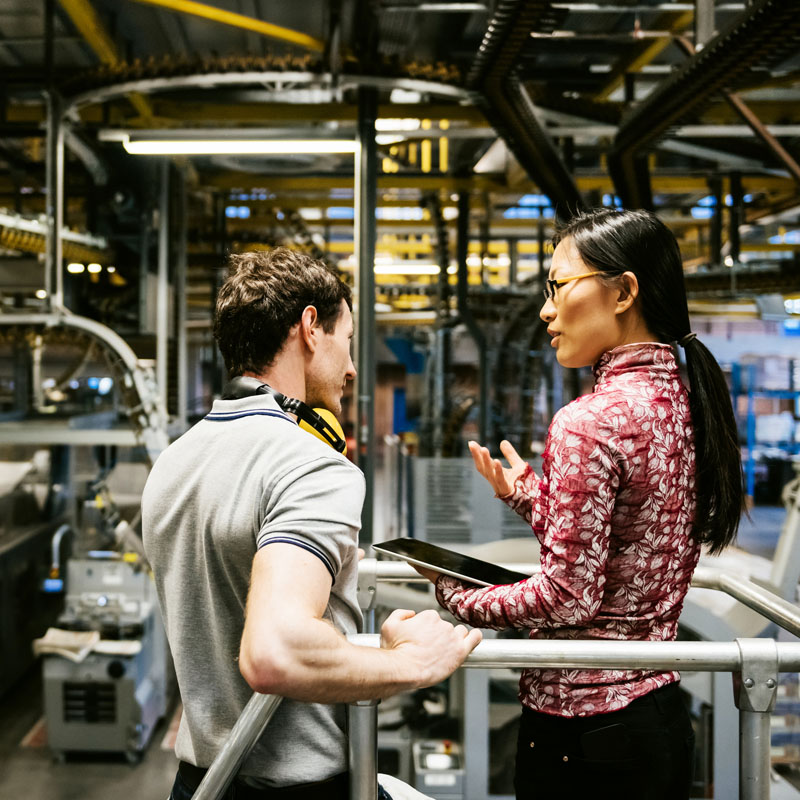 Manufacturing is the fourth and final industry sector under the microscope in our Future of Work series.

At the dawn of Industry 4.0, manufacturing looks set to emerge, phoenix-like, from the ashes of the global economy’s lost decade. Indeed, by most accounts the sector is the primary engine of economic growth. According to the World Economic Forum, “the sector proclaimed dying in western economies could still be the vehicle to improve living standards” globally.

Job creation is one of the key elements of this improvement, within manufacturing and beyond. The sector has a multiplier effect unlike any other, meaning that growing demand for manufacturing spurs unmatched creation of jobs, investments and innovations in other industries.

But will the new manufacturing era be able to fulfil its promise as a booming labour economy? Only if it can overcome a looming productivity crisis fuelled by a chronic talent shortage.

There is no escaping the seismic shift in production labour in the last decade. Blue-collar workers have been replaced by robots in factories the world over and “technology and automation have raised significant anxiety about negative employment implications”. But this displacement only tells part of the story.

Automation hasn’t only affected the number of jobs in manufacturing. It’s also transformed the nature of work. This shift in skills is a key factor in the industry’s talent shortage – and part of the solution will be for employers to retrain and redeploy the displaced workforce for higher-skilled, higher-paying jobs. In essence, having invested in automated production facilities, the next step is to invest in the workforce to run them.

A further implication of a reskilled production workforce will be its spinoff into other labour markets. A recent Deloitte report cites the figure of 250 non-manufacturing jobs created by every 100 jobs in a manufacturing facility. So if automation redefines rather than replaces production jobs, the future is far less bleak than the headlines suggest.

Contingency is nothing new in the manufacturing workforce. Temps and contract workers have long been valuable assets to employers dealing with fluctuating production demands. But while historically this has centred on the production line, the future will see contingent manufacturing work greatly extend its scope.

It will be another lever for manufacturing employers to use to combat a talent gap that stood at 10 million jobs globally in 2012 and has widened with every passing year. This is already putting a huge strain on workforces: average annual working hours in US manufacturing are 17% higher than in all private industries.

Embracing new working models can only play a limited role in redressing this imbalance, but it will be a critical one nonetheless. As vendor management system provider DCR Workforce puts it: “without the use of contingent workers, manufacturing […] may fail to grow to its potential”.

The Internet of Things is a key tech driver of Industry 4.0, creating smart manufacturing systems capable of generating all-new levels of intelligence and productivity. But those systems require the right human component to realise the potential of all this interoperability. And once again, that talent pool is nothing like as large as it needs to be.

The ultra-efficient, ultra-sophisticated, ultra-productive manufacturing operations of the future will be places of greater complexity and shorter product cycles. These are the connectivity challenges that future workforces will have to meet.

Manufacturing was the poster child of globalisation, but it may have reached its peak. A generation ago, innovation meant offshoring production to cheap overseas labour markets. But the wage differential between east and west is closing at pace, and the returns from offshoring are diminishing with it.

At the same time, the increased efficiencies promised by Industry 4.0 provide further incentive for manufacturers to consider reshoring production facilities. Many already are. More will follow in the future.

Reshoring makes sense from an employment perspective. If a new workforce does need to be built from the ground up, far better to do so at home, where the greatest influence can be exerted on work and skills policymaking.

Clearly the widening skills gap is the biggest threat of all to the future of manufacturing. It’s a chronic problem with multiple causes: the changing nature of manufacturing roles; an ageing workforce taking embedded skills into retirement; the sector’s undesirability as an employer among millennials; and a dwindling pipeline of STEM students entering the workforce.

The last two concerns are the ones the industry must prioritise to achieve the workforce the future demands. Greater public-private collaboration is needed to align STEM education to industry standards, supported wholeheartedly by policy leaders. Meanwhile, the mother of all PR campaigns must be devised to convince young minds of the quality, range, longevity and world-changing value of manufacturing careers. Our future prosperity depends on it.

Those in the know, share. If you think your network would find inspiration in our Future of Work series, we’ve made it really easy for you to tell them using the LinkedIn Share button below.

The insights in this post were informed by two key sources: